Social media has become entrenched in our day-to-day lives and is constantly evolving to better serve our behaviour. For digital marketers, 2016 is set to be an exciting year with users and engagement forecast for record levels.

It’s impossible to predict how social media will develop over the course of the year, however, marketers should look out for the following trends. 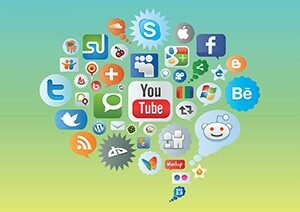 A major trend in 2015, the idea of using social media influencers to promote and sell your product and services will continue to be a focus this year. Used primarily for brand awareness, these influencers have brought about a new era of ‘celebrity’ by being able to engage hundreds of thousands of followers.

Social media platforms, such as Facebook and Pinterest, have gone one step further by enabling users to sell directly to their customers using a ‘Buy Now’ feature. Where available, this has proved very effective and more social media platforms will follow suit in 2016.

Video is undoubtedly the most consumed content on social media and is expected to continue its exponential growth in 2016. YouTube currently boasts more than 4 billion daily video views, with 300 hours of new video content uploaded every minute. Trying to take the top spot from the video streaming giant, Facebook is placing more importance on video content with users now consuming 100 million hours of video every day. This year the emphasis on videos and targeted video advertising will continue, with 360 Video breaking into the mainstream.

Social media has always been based on ‘in the moment’ sharing – sharing of what we’re doing, where we are, and who we’re with. Apps like Instagram and Snapchat have jumped on this theme in the past couple years, exploiting our obsession with live streaming and ephemeral content. In 2016, instead of scheduling social media content ahead of time, digital marketers will weigh more importance on ‘in the moment’ content due to the high levels of engagement it receives.

In the past, short and snappy messages on social media containing shortened links were key to driving engagement and conversion. Gaining popularity initially on Twitter, digital marketers used this method with the intention to push users to their URL by only giving them a bite-sized piece of information, leaving them hungry for more.

Now, there has been a shift. Social media platforms are encouraging users to publish their blogs and long-form content directly to their platforms in an attempt to garner greater engagement levels. Once again, Twitter is the prime example. Traditionally known for their 140-character limit ‘tweets’, they are currently testing a considerable expansion to a 10,000-character limit. This trend will become more widely-spread throughout 2016, with social media platforms introducing creative ways for their users to publish content directly.

Bad news digital marketers, social media platforms will continue changing their algorithms to make it more and more difficult to gain followers organically. This year organic visibility will continue to decline, and the cost of advertising will climb. Those platforms still dabbling in the advertising space, such as Instagram, will focus more on pushing out the organic posts in favour of paid advertising. Companies will be forced to increase their digital marketing budgets in 2016 if they expect to cut through the social media noise and reach their audiences.

What’s your main focus for social media marketing in 2016?

Tell us what your challenges and opportunities are for 2016. Get in touch via our social media networks – Twitter, LinkedIn, Facebook or Google+.

The term Digital Transformation may have appeared overhyped and overused, but it’s now at the heart of how companies deliver value to their customers. What...

There’s a reason why we’ve been covering user experience (UX) so much recently. There’s simply no escaping UX design in today’s world. Intentional or not,...

4 eCommerce Trends and Technologies You Need to Know in 2020

Thanks to today’s technology, many consumers have begun to prefer shopping online to shopping in-person. In 2018, worldwide retail e-commerce sales reached $2.86 trillion, with...

Not sure which engagement model to choose for your project? Here are some key points to help you decide.

Think we could help you?