Have you ever been on the go and decided to check something quickly on the internet? You pull out your mobile device, open up your browser and type in the website address, wait aaaggees for the page to load, only to find that when it does you can’t see the information you’re after? You scroll vertically, scroll horizontally, you zoom in and out a few times, before finally finding the right link – then you start the whole process all over again.

Despite the high saturation of mobile devices amongst the Australian population – 16.2 million to be exact – less than 1 in 5 Australian businesses have a website that is mobile optimised. And with portable web access set to exceed desktop access within the next two years, this is a huge problem.

Studies have shown that smartphones have become a major access point for information for the modern Australian consumer. A study conducted by Google entitled “Our Mobile Planet: Australia” has revealed that 86% of smartphone users have researched local businesses and services on their device, with almost half of these users conducting searches at least once a week. The same study reported that 88% of these users then went on to take action as a result of their findings. The following table details the ways in which users took action on the information they obtained.

Yet despite these findings on Australian smartphone usage, a large proportion of Australian businesses don’t have a mobile website – that is, a website that has been optimised for viewing via a smartphone, tablet or other mobile device. Even big name companies such as BHP Billiton, Target, Bankwest, EB Games, Crust Pizza, Coca-Cola, Linfox, Ripcurl, Terry White’s Chemists and Mimco don’t have mobile optimised websites. So what are these companies missing out on?

According to another Google study entitled “What Users Want Most From Mobile Sites Today”, it is not just the immediate sales that these companies are losing. 61% of users said that if they didn’t find what they were looking for right away on a mobile site, they’d quickly move on to another site, resulting in a loss of potential sales. Over half of the survey respondents said that a bad mobile experience made them less likely to engage with a company, and many also said it left them with the impression that the company didn’t care about their business — extremely damaging to a company’s brand.

So here’s the deal, if your business doesn’t have a mobile website you are making it harder for your customers and if it takes them too long or too much effort to find what they need they will go somewhere else.

4mation Technologies have developed successful mobile websites and apps for clients including All The Deals, Inglis and First State Superannuation. Contact us to discuss how best to optimise your existing website and establish an effective mobile web presence to boost your brand and your sales. 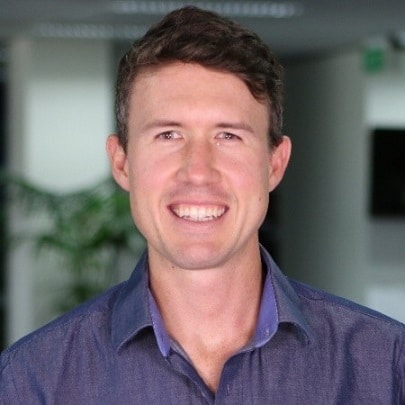 The mobile-first index may be coming sooner than some thought. Is your website ready or will it slowly disappear from the search results?

The Death of the Desktop: The Future For Mobile SEO

We live in the age of the mobile web with desktop search usage in slow decline in favour of mobile search. In 2016 a Google...