Redesign and redevelopment of the existing safety and manifest systems to improve site performance and User Experience. 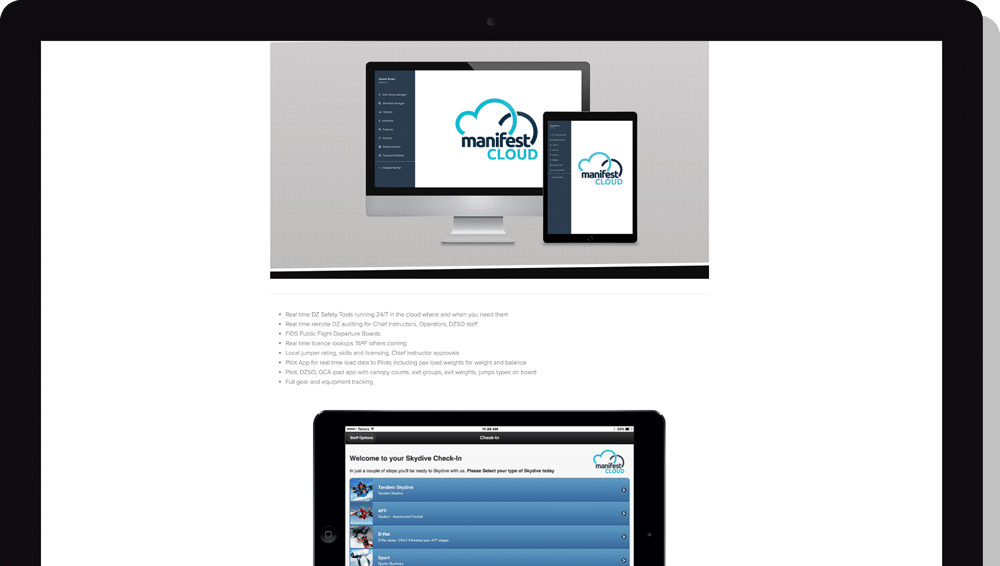 Successful development of the new Manifest Cloud system that’s also sold as a Software as a Service offering both nationally and internationally.

Sydney Skydivers are the only full service skydive training centres in Sydney and Cairns, with multiple retail locations nationally. 4mation were engaged to rebuild the existing safety and manifest systems to improve site performance and User Experience and to allow the new Manifest Cloud system to be sold as a Software as a Service offering both nationally and internationally.

Sydney Skydivers saw that the limitations of their existing Manifest system was going to be an impediment to their future growth and took the opportunity to have a new system developed that would meet their future business needs.

Some challenges with the existing system were:

A client-first approach was taken when it came to the user journey to suit the main user (Third-party Manifest Administrators). A streamlined interface was developed that had the ability for Manifest Administrators to easily move skydiving customers and jumpers ranging from first jump Tandems to trainee skydivers and experienced skydivers through the process from checking in, assigning them to a jump, an aircraft, through to the plane taking off and landing. The Administrators are also able to access reporting for compliance.

In order to achieve these objectives, we:

“Manifest Cloud is built with the latest technologies (Laravel and Angular) according to best practices, which makes it a really interesting project to work on and to maintain. Also, Russell is a great client to work with; he’s always open to suggestions and we have the best discussions in our sprint meetings. Everyone in the team feel personally invested in the project and would give it our best to see the project ending up being a big-win for Sydney Skydivers.“
Dennis, 4mation Technologies 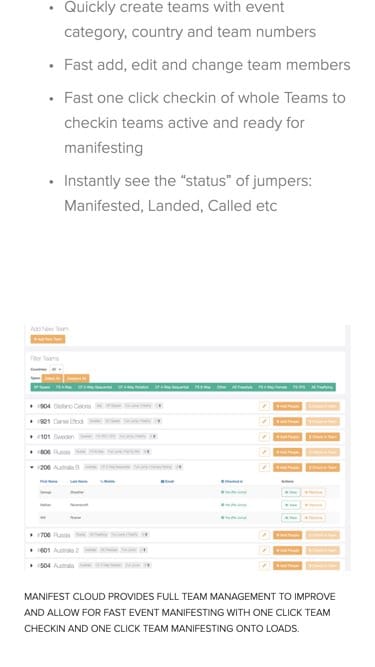 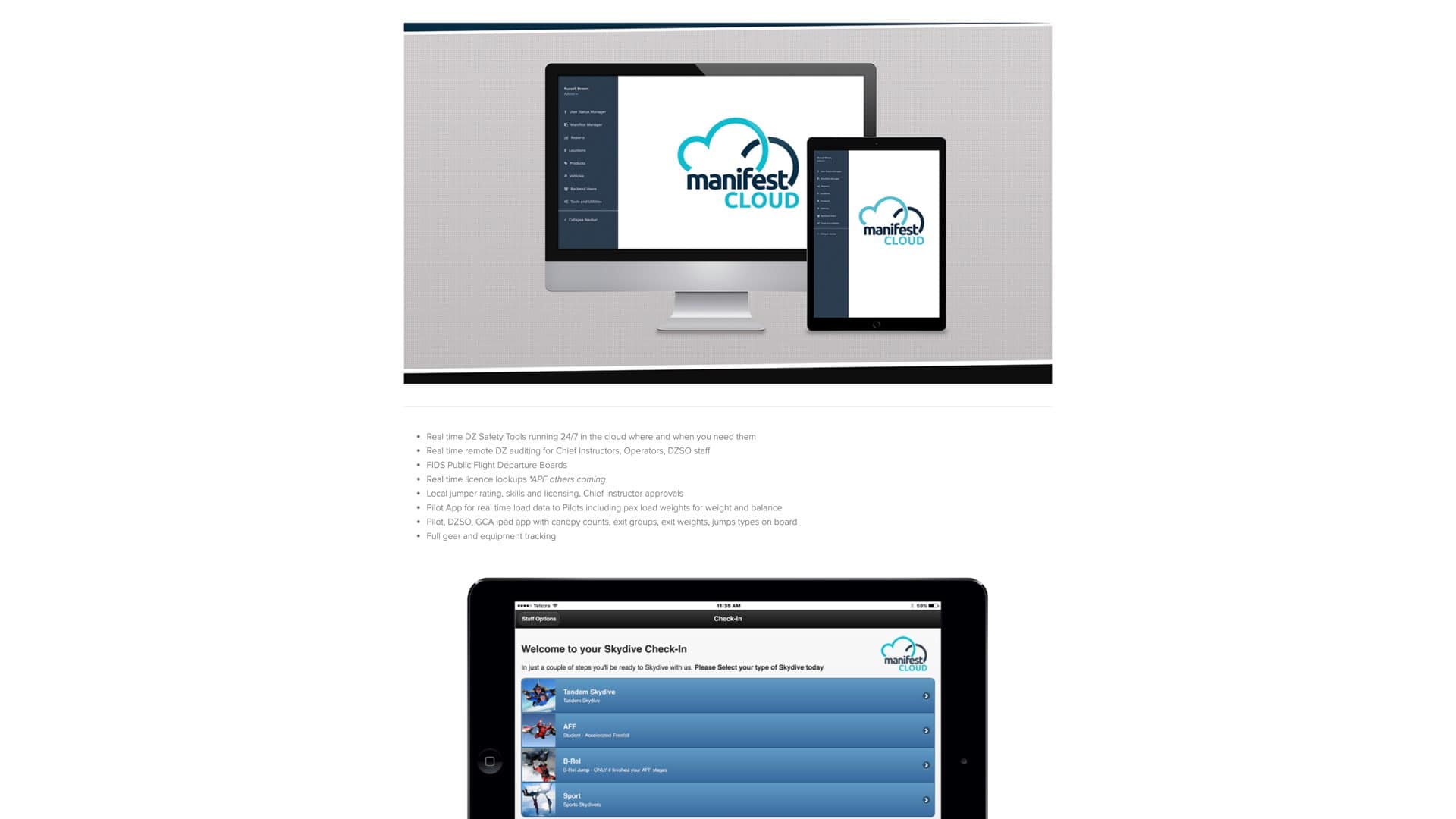 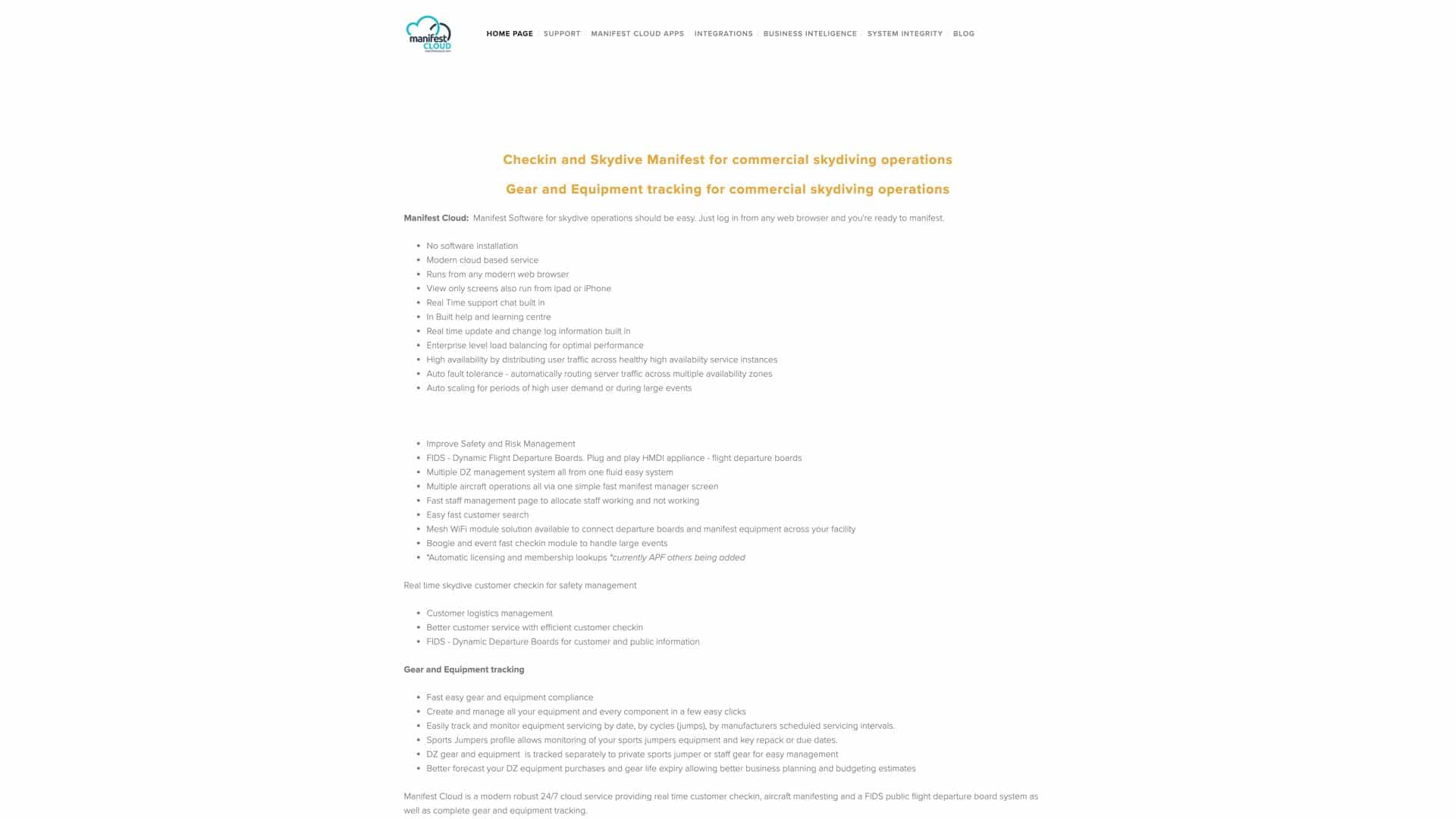