There’s a reason why we’ve been covering user experience (UX) so much recently. There’s simply no escaping UX design in today’s world. Intentional or not, someone is there to make decisions about an interaction that’s now as common and important as human to human interaction — the one between human and product.

UX has been undoubtedly a major talking point for brands in recent years and its influence on brand performance is only going to grow even stronger. Here are 8 user experience trends that you simply can’t afford to ignore.

20 years ago, the chief executive of Sun Microsystems, Scott McNealy, famously said, “You have zero privacy anyway. Get over it”.

Personal data is now more valuable than oil and people are demanding more protection of this precious commodity than ever before.

In response, widespread reforms have begun in an effort to govern the wild west nature of digital data collection. The biggest and most important initiative so far has come from the EU which established the General Data Protection Regulation (GDPR) in 2018. This has given residents more control over their privacy and what they choose to share.

And it’s making its presence felt. The biggest GDPR fine to date issued against Google is proof that these new laws will profoundly shape the future of UX design to be more privacy-focused.

Some of the most important E-Commerce UX trends will include:


Our industry has long been obsessed with the idea of engagement. We’ve become so good at driving engagement that we can essentially design for addiction. After all, recent brain imaging research has revealed that our screen creations have the same effect on the brain’s frontal cortex as cocaine.

There’s enough evidence gathered for people to see that cyber addiction can harm the body and mind in many ways. It can affect sleep habits, hinder emotional development and even restructure the brain. It therefore comes as no surprise that there’s been major user backlash as people opt for products and services that encourage a healthier relationship with technology.

The growing popularity of voice command technology could also prove to be an effective  remedy for screen addiction. Being able to issue voice commands on our devices ultimately eliminates the need to interact with any screen.

If you think about any successful digital product in the marketplace, there are usually dozens of competitors offering almost the same functionality. So what makes certain products stand out? It’s not just what the product does, it’s how the product makes you feel.

Emotional design is one of the most overlooked elements of success. Human decisions are ruled primarily by emotions so it makes sense for UX designers to evoke emotional responses when people interact with the products and services that they build.

We’ve seen brands jump on the emoji craze to create a stronger emotional connection with users. The one dimensional early versions of chatbots have now evolved to be more conversational, more emotive, and ultimately, more human.

Emotional design has the power to influence people’s perception, decision making and recall. Once you have a product that provides important value and is both functional and reliable, adding a final layer of emotional appeal can turn users into passionate fans who will want to spread the word about your product. Just look at software powerhouses like Slack and MailChimp. Both have distinguished themselves with colourful personalities and tone of voices that actually sound human.


What was once the stuff of science fiction is fast becoming an emerging ecommerce UX trend. AR is a technology that superimposes a computer-generated image on a user’s view of the real world through a wearable device. Applications of AR have already opened up a whole new world of possibilities for user interaction and UX designers need to be willing and ready to step into the future.

AR has offered many new opportunities for a lot of markets. These include:

Users now expect uninterrupted interaction with products and services across all devices. This will lead to a hardware-independent approach to UX design where users can remain connected with an application through different platforms, whether it’s a smartphone, laptop, watch or any other device that has internet capabilities.

An example of a brand that has fully embraced device synchronisation is Uber. A customer can complete a service loop using multiple devices starting with voice commands via Google Home to book a trip and then completing the trip via phone or watch.

The principal of design is to put the user first. But somewhere along the line, we’ve fallen for lucrative incentives like more engagement, revenue and speed over the trust and positive wellbeing of our users. In doing so, the technology we’ve created possess an increasing asymmetry of power over its users, as explained by Tristan Harris (former Design Ethicist at Google) in his testimony to the US Senate.

But users are pushing back and choosing to engage more with brands that have a positive impact on themselves and society. As a result, UX designers must shift from being user-centric to society-centric and ask themselves whether a product or service should be built rather than if it can be built.

And if it should be built, are there cognitive biases built into your design or important issues hidden away in the terms and conditions? As Spotify reminds us, a good rule of thumb is: if the user knew what was going on, how would they feel about it and is it what they actually want themselves?

Trend 7: The death of the ‘UX Designer’

Understanding the needs of the end-user is so vital that every member of the product team needs to share in this responsibility, not just one member. Therefore, the traditional ‘UX designer’ role will likely be fragmented into multiple roles such as user researchers, engineers, content strategists, UI designers etc.

Will UX designers be replaced by AI? The short answer is no. The task of designing products and services to enrich human interaction will always be an emotional task, not a mechanical one.

Trend 8: Popularity of design sprints as a system for producing and testing ideas with customers

It’s more important than ever before to deliver products and services that are meaningful and relevant to end-users.

To do this successfully, speed is of the essence which is why the agile approach has become so popular. This is a system of design sprints that allows teams to deliver working software frequently and to respond to changes quickly.

At 4mation, we believe in being agile and obtaining customer feedback as early as possible so that quick improvements can be made.

Our team employs a 4-day design sprint process that follows the Lean UX methodology with an emphasis on experience over deliverables. Inside one week, we can deliver user-tested concepts and prototypes that we’ve co-designed with our clients. To push efficiency further, we only need ever need our clients for two days out of the five.

Looking ahead, at the top of the agenda is to undo what’s been done by UX design for the past decade. It’s important for UX designers to take a stand and steer this vital discipline in the right direction. The success of your next product or service will also be determined heavily on how quickly you can adapt to leverage new technologies and meet the ever-evolving needs of the consumer.

To discover how our team of UX design experts can transform your next project, get in touch with us now. 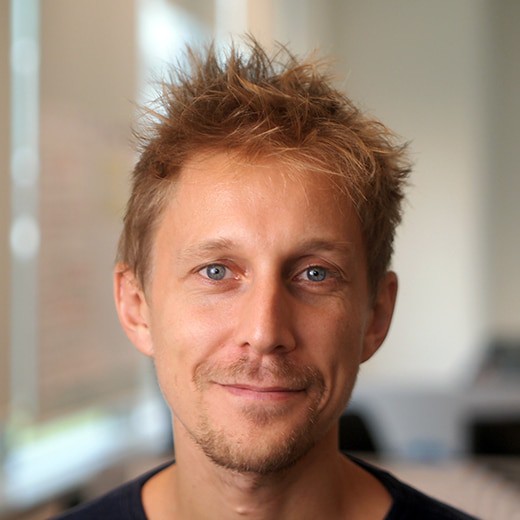 I am passionate about design and love to create and build products or services. Designer, environmental enthusiast, rock climber.

4 eCommerce Trends and Technologies You Need to Know in 2020

Thanks to today’s technology, many consumers have begun to prefer shopping online to shopping in-person. In 2018, worldwide retail e-commerce sales reached $2.86 trillion, with...

In 1952, the first speech recognition system, “Audrey” was designed with the ability to recognise digits. Ten years later, IBM demonstrated its “Shoebox” machine at...

7 Reasons Why You Need to Invest in Technical Talent

It is becoming increasingly difficult to attract and retain talent in the digital age. Now more than ever it’s vital to invest in your technical...